For a Poet's Birthday 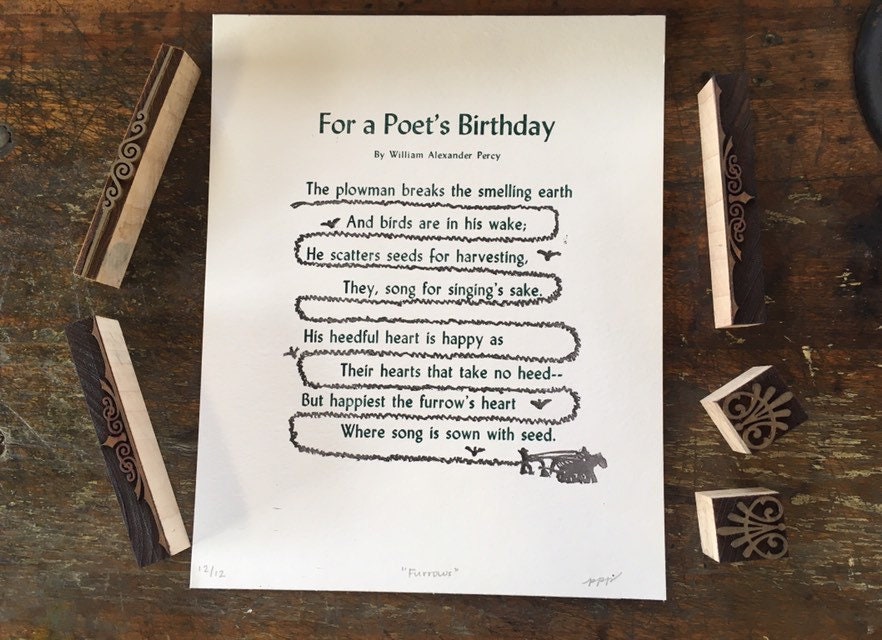 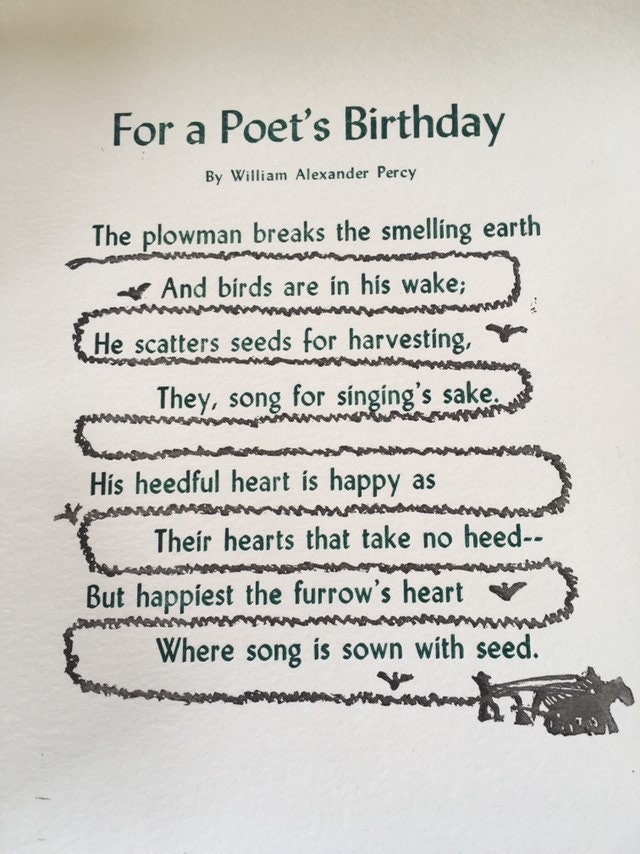 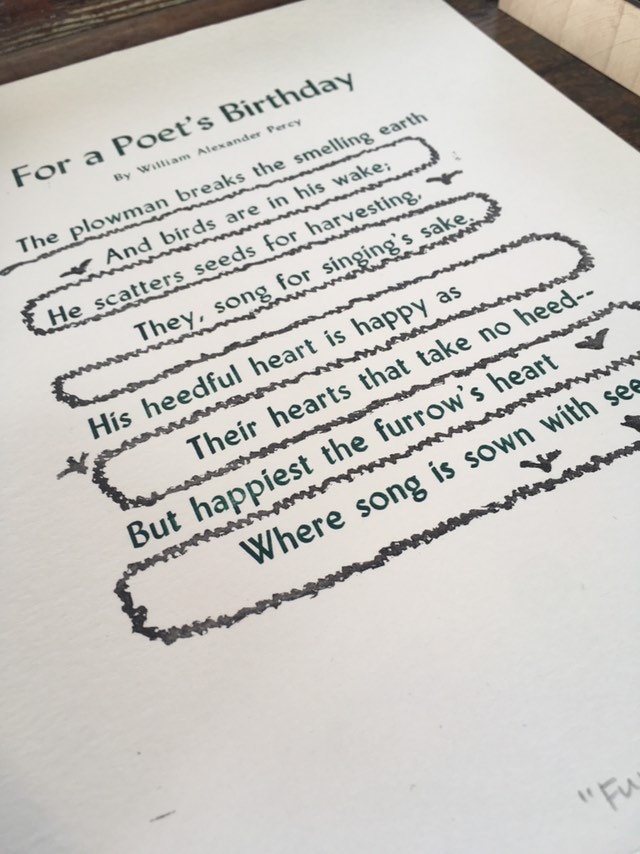 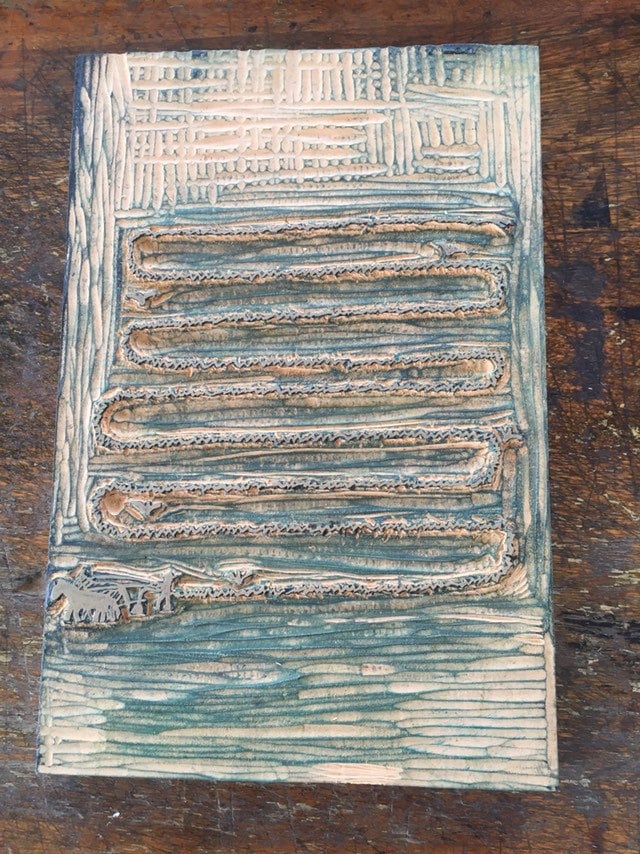 This is a small broadside of “For a Poet’s Birthday” by William Alexander Percy. The poem describes the act of plowing behind a horse, scattering seeds and being followed by birds who pluck a few from the soil as he goes. It is full of the joy of being outside and connected to both the cultivated land and the wildness that surrounds it.

The illustration is a handcut linoleum carving. It shows the twisting furrows the plow is making between the lines of the poem, with the birds following. The plowman and his horses appear at the end, about to make another turn and continue plowing the field.

Printed in a limited edition of 12 on an 1892 Golding Pearl printing press. Once the edition is gone, no more will be printed.

I'll do my best to meet these shipping estimates, but can't guarantee them. Actual delivery time will depend on the shipping method you choose.

I gladly accept returns and exchanges

Ship items back to me within: 30 days of delivery

But please contact me if you have any problems with your order.

The following items can't be returned or exchanged

Because of the nature of these items, unless they arrive damaged or defective, I can't accept returns for:

0 items in your cart